Wreck of the Numidia 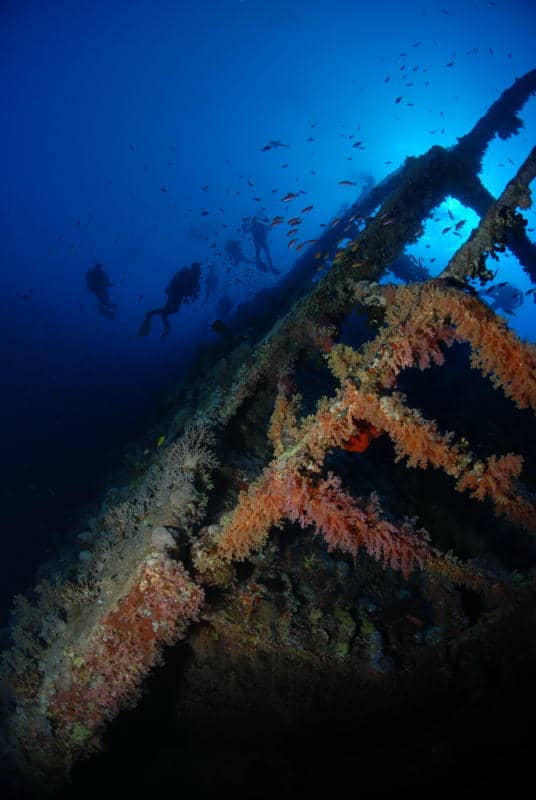 Wreck of the Numidia

The Numidia’s maiden voyage was on 28 February 1901 departing from Glasgow under the command of Captain John Craig and sailing to Calcutta, making the return trip soon afterwards. The voyage, by all accounts was uneventful. The second voyage of the ship would, however, prove to be her last.

At 0210 on 20th July 1901 the Captain was rudely awakened in his cabin below by the sound of his ship running aground on the northern plateau of Big Brothers! Rushing to the Bridge, he found that not only had the ship run aground on Big Brothers, but that his ship was lying almost directly below the lighthouse!

After spending 7 weeks having her cargo salvaged she finally slipped off the reef and sank. The bow now lies at 8-meters, with the rest of the ship descending at a steep angle to a depth of approximately 80-meters making it suitable for divers of all certification levels.